it aint over MOFOs 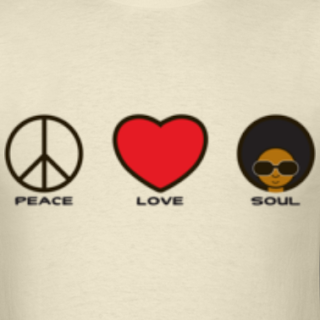 Whas good world!!!! After a long much needed hiatus da god is back. Dayum I can scarcely remember when the last i blogged(cant believe das a verb lol). Not sure where to begin except to reintroduce myself...my name is .....or rather I go by many aliases: sungod will suffice for now. My blog has no structure no boundaries shyt i rarely follow the rules of "proper" King's English. I talk about an array of topics that jump from my dome piece to the computer screen. Well i wont make any promises but imma try to write at least a blog a week we will see....until next time peace love and soullllllllllllllllllllll !!!!!!!!!!!!!!!!!!!!!!!!!!!!
Posted by sungod at 8:06 AM No comments:

Itz been tooooooo long since we last communicated so im back with a vengeance (kinda:P). Sooo lemme give u an update: im bout to move and gotta new chic by my side life is good regardless of these changes but itz certainly nice:). oooo yea i almost forgot....im studying Japanese at NCState yeahhhhhhh!!!! Itz hard and fun at the very same time. I has motivated me to do more in the realm of gaining new skills and fulfilling my potential(using my inherent talents). I am also in undergrad at NCSU as well getting a minor in Technical and Scientific Writing. Soon I will be dusting off the guitar and learning to play(about time??!!). I have a lot of things i want to accomplish this yr and the years to come. I have a wonderful gurl who supports me and makes me smile. Things in this life can be tough so itz good to surround urself with good ppls ya know? And last but not least my daughters bday was sat. 18th she is 9 now and bonita....dont remind me:P
Posted by sungod at 7:46 AM No comments: 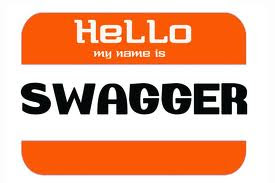 funny im at work right now transitioning b/w work and break time and i was lissening to my iPod. The song currently playing was "ambition" from Jay-Z feat. Pharell. Blazin song btw but i really had me energized about my life and where it is now. If u have been a follower u have had a glimpse into my ups and downs over this past yr. Actually i see the light at the end though i am still walking towards it. Jigga says throughout the song that many will doubt u (termed"haterz") and maybe u may even occasionally doubt urself but who cares what they think...itz ur life u choose what to do with it regardless of the situation. "The motivation for me is them tellin me what I could not be...oh well!!!" keep ur head up and ur swagger lvl high lol
Posted by sungod at 9:35 AM No comments:

okay so i went to the movies this wkend and had to vent some frustrations. I am frugal for the most part though i don't mind wining and dining(ladies*wink* lol) so i occasionally attend a local movie theater that runs about $1.50. Mind u I am goin at night(around 10pm) so there are a lot of ppl out and about. I happen to go see the new nightmare on elm st. movie which btw kinda sucked. The point however is not the actual movie but the patrons within. There were numerous young adults and/or youth which sometimes leads to these groups of individuals to behave in a way that states their age; immature!! Throughout most of the movie i was either kicked in the back of the chair or i had to use my super-sensitive hearing(lol) to lissen to the film. Nah the movie wasn't overly entertaining but i paid my money so i would like to see it in some type of peaceful atmosphere.

The "youth got fire but nowhere to go". The problem is that many adult(usually "black") dont hold the adolescence responsible for their actions which indirectly perpetuates the issue. I saw lil boys and gurls no older than 5 sitting through a "R" rated movie @ 10pm??? We allow these kids to run amuck with consequences!!!! As u can tell i am livid cuz itz a bigger picture(pun intended) than just movie etiquette. The young "kids" take that rancid attitude outside to the vast world to further spread the epidemic; the epidemic of irresponsibility.

WAIT!!! the youngins aint all to be held culpable , so do the parents. I saw one situation in the movie where a lil gurl was crying cuz she got scared then her "guardians" asked her why was she afraid....itz freakin Freddy Krueger idiots not Hanna Montana???!!!! So for those of u reading this or lissenin to a friend read this show better judgment so younger kids can follow suit...peace family
Posted by sungod at 8:21 AM No comments:

eye spy u spy we all spy 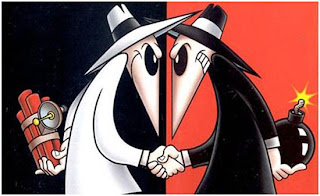 I am still looking into the who what where and why of the story but regardless they were caught committing espionage(spying) yet instead of some lengthy sentencing they are flown back to their native country in exchange for some spies for America. They say the reason behind the exchange is to improve the US-Russia relations. But how u gonna do that when u have spies in my backyard?

I am actually quite perturbed and flabbergasted lol. I dont know what is goin on except politics as usual. Check the CNN link below for whole story...hotep!!

hello world dis ya boi. imma jump right into it. i went to the IMAX theater in Raleigh last night to watch Avatar in 3D. For those who are unfamiliar with an IMAX theater itz the gargantuan movie screen with stupendous surround sound etc basically itz off the chain lol. I over analyze a lot so when Avatar first came out and i found out that they spent 300 + million dollars on an animation film i was shocked. Simply b/c we are in a "recession" kats struggling but one industry neva cringes in the face of economic dangers...the entertainment industry. The movie was awesome and not just b/c of the 3D effect(which btw whas hot). The plot envelopes around the idea of humans trying to conquer an area of land for their own use while uprooting the indigenous from their homeland; sound familiar?

There are numerous reviews, mostly good about the movie. I was reading on CNN when the movie first came out. Many ppl who viewed the movie felt mixed feelings of guilt and/or sadness aptly named "blue sadness" (i think?!). Ppl likened the movie to our world where humans have long been rapist of Mother Earth for centuries. I believe we as humans fail to realize that the Creator made more than just us; on this rock we are part of an huge ecosystem that we continually abuse for our own gratification. The Creator has no problem with us using the land for resources but like alwayz itz overused and not replenished. Humans live in excess, me included though i try to make a conscious effort.

The movie is really powerful in that it can really change ur perspective on things in this world. Our world is dying yet we neva change our ways. We must embrace this Earth and all it has to offer. There was a saying in the movie i wanted to share with u. Paraphrasing it was stated that energy is everywhere from the plants to other life forms and this energy can be borrowed but must be given back(when death occurs). I truly believe that; everything has energy, some call it chi but regardless what u call it itz there. I always say that humans are like locust and just like these insidious insects humans destroy resources then move to another until that is depleted. For instance look at the situation now in the Gulf of Mexico. Y the fuk u drillin offshore really? y u r drillin period? We should have found another sustainable source of energy yrs ago. Many problems politically and environmentally i think could possibly have been avoided.

Mother Earth screams at the top of her lungs to stop the destruction but we keep our ears closed and eyes shut to the devastation only to have our pockets full of money. What happens when the Earth ceases to exist will u be able to spend ur blood money then?
Posted by sungod at 4:58 AM No comments:

well whas chillaxin yesterday so i didnt post. my birthday is May 6,19?? no i am not old but i am ...ripe lol anyway i wanna give a shout out to all Taureans and really everyone around the world celebrate a new day period. Itz interesting every year we reflect our lives at the moment since birth. i am here... i try not to look at the past and waddle in my pity for mistakes made or opportunities lost. Everyday is special but specifically on ur birth date. u were made for a reason u mite not know what that is yet but u will until then.... smile:)
Posted by sungod at 9:32 AM No comments: